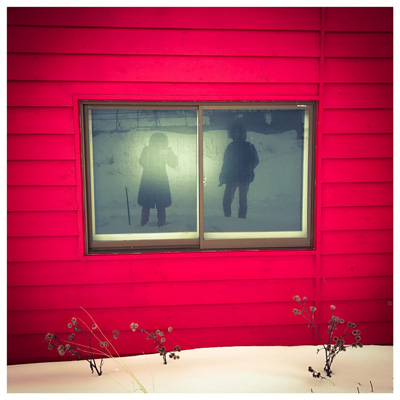 Being interested in photography since her youth, Tina Bagué studied photography in Barcelona and in the States. While in USA she documented the New York’s street life in black and white with her Lubitel. In 1998 she started working as a freelance photographer. At the same time, she started teaching black and white darkroom work. Getting inspired by the Japanese culture on her first trip to Japan in 2002, she decided to specialize in travel photography. She has travelled to more than 20 countries, producing travel reportages that have appeared in many Spanish magazines such as El Dominical del Periodico, Mujer 21, Woman, Viajar, Ronda Iberia, Iberia Excelente, El País Semanal, Rutas del Mundo, Altair, Yo Dona, Conde Nast Traveller, Spanair and in Italian magazines such as Panorama and Panorama Travel or Newsweek Japan among others. From 2002 to 2012 she was the chief editor of a Spanish photo magazine, Digitalfoto, published in Barcelona by MC Ediciones.

He started working as a photographer for The Daily Nation, a Kenyan newspaper in Nairobi, while he was a master student of the photojournalism department in the School of Journalism, University of Missouri. In 1998, he documented the US Embassy bombing in Nairobi. After internships in Magnum Photos and The New York Times both in New York, he moved to Abidjan, Ivory Coast, and started freelancing to cover the West Africa. Later, he moved to Tokyo. Since 2004, when he moved to Barcelona, he has been focusing on various photographic documentary projects all over the world. His works have been published mostly in American and European publications such as Newsweek, the New York Times, Der Spiegel, Time Magazine, Los Angels Times, Washington Post, International Herald Tribune, Daily Telegraph, The Independent, Courrier International, and so on. In 2007 he won an award of excellence from POYi and in 2009 he won the 10th Ueno Hikoma Award in Japan.
Tina Bagué and Toru Morimoto carried out The Japan Photo Project, a 365-day-long documentary photo project by a motorhome in Japan in 2010. Their first co-authored book,  JAPAN/日本, was published in 2011, followed by the exhibition ‘Nippon’ in Tokyo, Barcelona and Milan. In 2012 they opened their own photo gallery and Japanese restaurant, Akashi Gallery, in the center of Barcelona where you can see a permanent exhibition of some of their works. Currently the two photographers are working on a new photogaraphy book project that will come out soon.